Wherever you look in the IT industry, the world is changing. Nowhere is this clearer than vendor conferences. However, cutting through the thousands of messages to identify what’s right for you and your business can be a real minefield. That’s where Ultima comes in.

I’ve recently returned from HPE’s premier European event, Discover, in Madrid. This comprises of literally hundreds of business and technical sessions run across three days, as well as the aptly named Transformation Zone, which is full of opportunities to explore new technologies from HPE and their broader partner ecosystem.

To cover the phenomenal amount of development and work an enterprise like HPE does in a year would take me about the same amount of time. One message that resonated throughout the event though was the importance of infrastructure automation. HPE announced on 15th November that InfoSight (the technology used to provide proactive fault diagnosis and resolution in their Nimble storage range) is being ported to their server range from 7th January 2019. This will include their Proliant and Synergy platforms, as well as some of the Apollo systems, and will come as welcome news to fans of Nimble, who have been enjoying the benefits this brings (such as 99.9999% availability and immediate access to third line technical support) for some time now. By automating data centre maintenance, HPE hope to free up customer IT departments to focus on innovation and development rather than simply “keeping the lights on”. Result! It seems the work here doesn’t stop at the data centre though..

Having announced the intention to buy software-defined networking company Plexxi back in May, HPE took the opportunity at Discover to unveil its new form – composable fabric. Details around this are slowly being revealed but the broad idea is that by utilising artificial intelligence within the network, HPE will be able to optimise application delivery and deliver the full advantages of hyperconverged and cloud-scale infrastructures that were previously restricted by the manual nature of the network layer. In theory this should act as the last piece in the puzzle in terms of delivering public cloud like agility from a private cloud - it’ll be hugely interesting to watch this story develop over the coming months, as well as understanding how acquisitions such as Niara (since rebranded Introspect) integrate with this.

As well as providing insight into the latest technological developments, Discover provides an opportunity to hear from leaders in their fields around how these technologies are delivering an edge in their respective areas. Two of these that stood out in particular were the CTO of the Ryder Cup, Michael Cole, and current F1 World Champion Lewis Hamilton. Although very different in their applications of the tech (Michael Cole used Aruba technology alongside others to deliver the worlds first truly connected golf course whereas the Mercedes AMG Petronas team use HPE data centre technology to aid increasingly rapid decision making at both a team and driver level) the outcome is the same for both – gaining a competitive in a world where small advantages can make big differences to outcomes (F1 is a perfect example of this!).

As we reach the end of 2018 we all know the story – IT are constantly being asked to do more with less and, combined with the amount of time spent simply ‘keeping the lights on’, actually innovating seems just about impossible, let alone realistic. Automation is key to changing the landscape, but how you go about designing, implementing and embracing these technologies is different for every business. To help support you Ultima are bringing out Autonomous DC which will allow you to run a enterprise grade, low touch, datacentre. To find out more speak to your Ultima account manager. 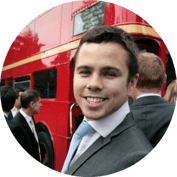