The team at Ultima have safely landed back in the UK following on from this year's Microsoft Inspire and we are pleased to share some of the key takeaways from this annual partner conference.

Gavriella Schuster kicked off this year's core notes by expressing the importance of its Partners to Microsoft and how the eco-system is built solely on trust. This comes following the news that Microsoft will no longer be eliminating internal use rights for partners who have been using software obtained as part of their partner-programme benefits.

The joint force of Microsoft and its Partners enables customers to have the satisfaction, advice and support they need to embrace the new digital journey that many customers have been on, have currently been on and will be starting this year. A highlight from their partner trust speech was how Microsoft will be improving partner knowledge and skill base as they introduce a new role-based learning platform for internal employees, customers and partners. This platform is now available on Microsoft Learn.

Judson Althoff spoke about the importance of people and technology and how we 'democratise digital'. This was showcased through an amazing live case study from Unilever as they showed us how they transformed their business, efficiency, massive cost savings and detail their future plans by using Microsoft technology, business intelligence and communication with Microsoft Teams.

For anyone that has been an Inspire attendee (WPC as it was previously called for all of you veterans), Satya Nadella has always been an inspiring figure and his Core Note on Wednesday morning was packed, as to be expected. Satya spoke about how intelligent cloud is being embedded into the world and fused with everything that we do, both across multi sense and multi device.

There were a lot of discussions about the importance of GitHub and it was emphasised multiple times across Inspire about how it has expanded Microsoft’s reach and how it speeds a multitude of tasks from months to hours.

The power of Microsoft Teams 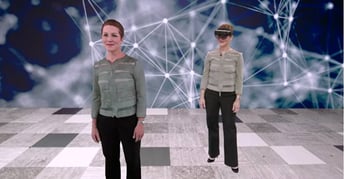 Julia White showed us how language and distance are no longer barriers for delivering a fantastic meeting. By using mixed reality and Microsoft Azure AI services, she was able
to project a hologram of herself and was able to speak Japanese with her voice tones.

One great feature which has been introduced is the ability to share and view content, even if you are dialling into a call. By using AI and cameras, it is able to find the whiteboard image and pull it into focus for the viewers online. On top of this, it can identify people and make them transparent when writing on the whiteboard.

We were also shown a case study that depicted the true capability of Microsoft Teams. UNSW Austrian Universities, Dr. David Kellerman explained how he has rolled out Teams to not only be able to share content, but for the students to contribute, upload hand written notes, photos and share notes with their peers and ask questions; which now feeds into a bot that automates answers where possible or give to the right Professor to answer. This solution in Teams resulted in a 900% increase in student posts and engagements which led to higher grades and future content for new students.

Some other great features they showed within Office included the ability to take a photo of a table of data, which converts into a live table pre-populated within Excel, giving you not only the ability to edit, but to use graphics.

PowerPoint now gives us presentation mode coaching to help with timings and language, it gives handy pointers on alternative words that you could use and provides rehearsal reports. The new functionality is able to tell if you are reading from the slide too much and will suggest slides that you should learn more.

This year's core notes were closed with Brad Smith speaking on the importance of security and digital safety and how we all need to respect and honour privacy, earn the world's trust and design and use AI responsibly.

Brad spoke about how governments and other companies are working together on cyber-security with 160+ companies worldwide signing up to the Tech Accord and how a recent horrific attack has led to the Christchurch call, that not only brings countries together, but also the 8 largest tech companies to unite against online threats. 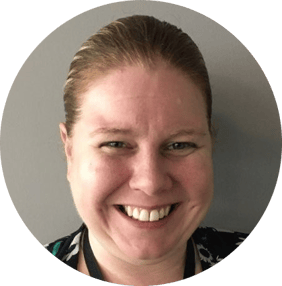